“Drive safe”, a greeting we are always exposed to, which may have already made people bored. But it really carries lots of signals. So think about it, we greet “drive safe” with good reasons.

Actually, communication is an important, but often overlooked factor during driving. Think about it: the communication between cars are very limited. I only have a few disconnected options to do so: some lights controlled by different knobs on different cars, my own movement, and sometimes, some mobile apps like Waze (but I cannot touch my phone in most cases during driving, so the enhanced CarPlay is a real game changer).

When I have to leave highway at the next exit, and the car in front of me suddenly stopped, and during the night simply show my car exists, I want to signal other cars as much as possible. Some of them were already automated, like when backing your car your tail lights are on(you still need to make sure they don’t burn out), some of them requires your manual operation: If you don’t turn on signal light neither the car nor other drivers will know.

What’s the most efficient way of human interaction? Face to face talk! According to 7-38-55 rule, the words accounts for only 7% of signals in a message: yes, texting has significant signal loss comparing to face to face chat. Now imagine how many signals would be lost for driver to driver communication. Most of the time, you just sit in your own car, paying seldom attention to other metal boxes moving nearby, the face to face communication between drivers usually happens when it’s too late.

Since communication is so limited, it’s better for me to make myself predictable by others, rather than try to surprise other drivers: that is dangerous, because I don’t know the mindset behind the other wheel, I can’t set the exact same expectations.

For example, I usually stick to the same lane on my commute, I got familiar with the lane very well. You won’t get your destination significantly earlier by switching lanes in traffic, we human do a worse job in this situation than ants. If you have to, politely give enough signals to others. It’s a small investment to do, you don’t want to save such investment but end up wasting your valuable time dealing with a collision.

Even if I do a great job handling my car, I might still be in trouble if others don’t. Unexpected things can happen any time by any means, so keep alerted, don’t pay for others fault. I once had a very scary incident on a chilly Friday morning commute on US101: I came across a ladder while switching lane at high speed! I only got one second or so to make a choice to minimize the impact: run over the ladder the same as its angle(I still heard a bump from the bottom of my car). So, obviously someone didn’t safely fasten their ladder, but if I didn’t pay attention, that would be me recover in some hospital instead. 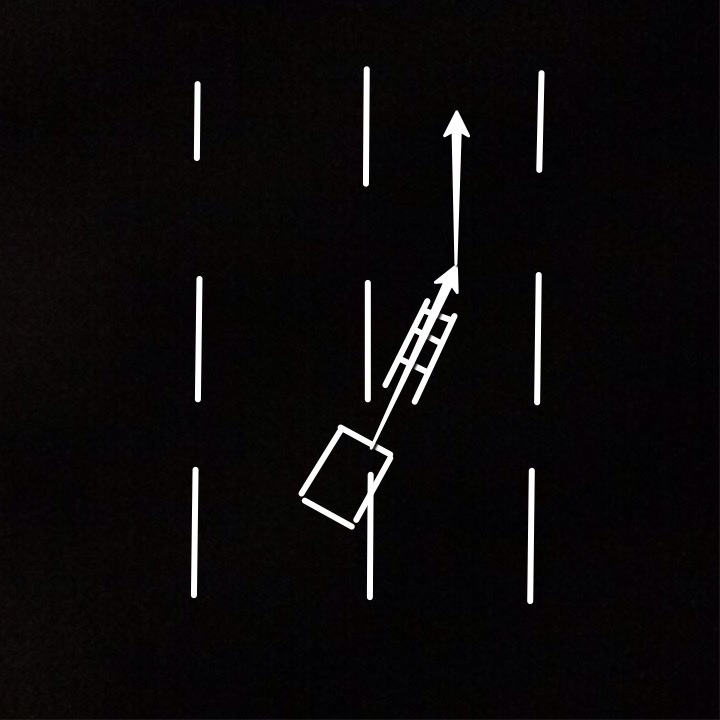 What happened that day

As you can see, commuting by driving is not easy. It is also boring if you drive solo (which is the worst transportation option for the system, for the environment). The long your commute is, the more boring it will be, and the riskier your commute becomes. You have to still keep alerted after a whole day of hard work, you may get frustrated sitting in traffic(sometimes because of some crazy person under influence, most times just normal), and you have barely anything to do (maybe invest sometime on weekends to upgrade your car’s entertainment system and pay dealers premium, or/and enjoy and donate to KQED). So, try think of alternative ways of commuting(Today I learned Bay Area has a casual car-pooling culture to make people’s cross bay commute better, a great cause!), you probably can find your life becomes different, in a preferred way.

This is some great new year resolution for you to think of: every week, do at least one day commute not by driving solo.

You May Also Enjoy

In 2022 I visited several museums, all of them were great. But I was asked if I pick one, and only one museum to recommend, which museum it would be. This is...