Today I chatted with my friend Eddie about commuting. I am first surprised then amazed to learn that he commute across San Francisco Bay, between Hayward and Redwood City (both suburban cities in Bay Area), without driving a car, every work day. 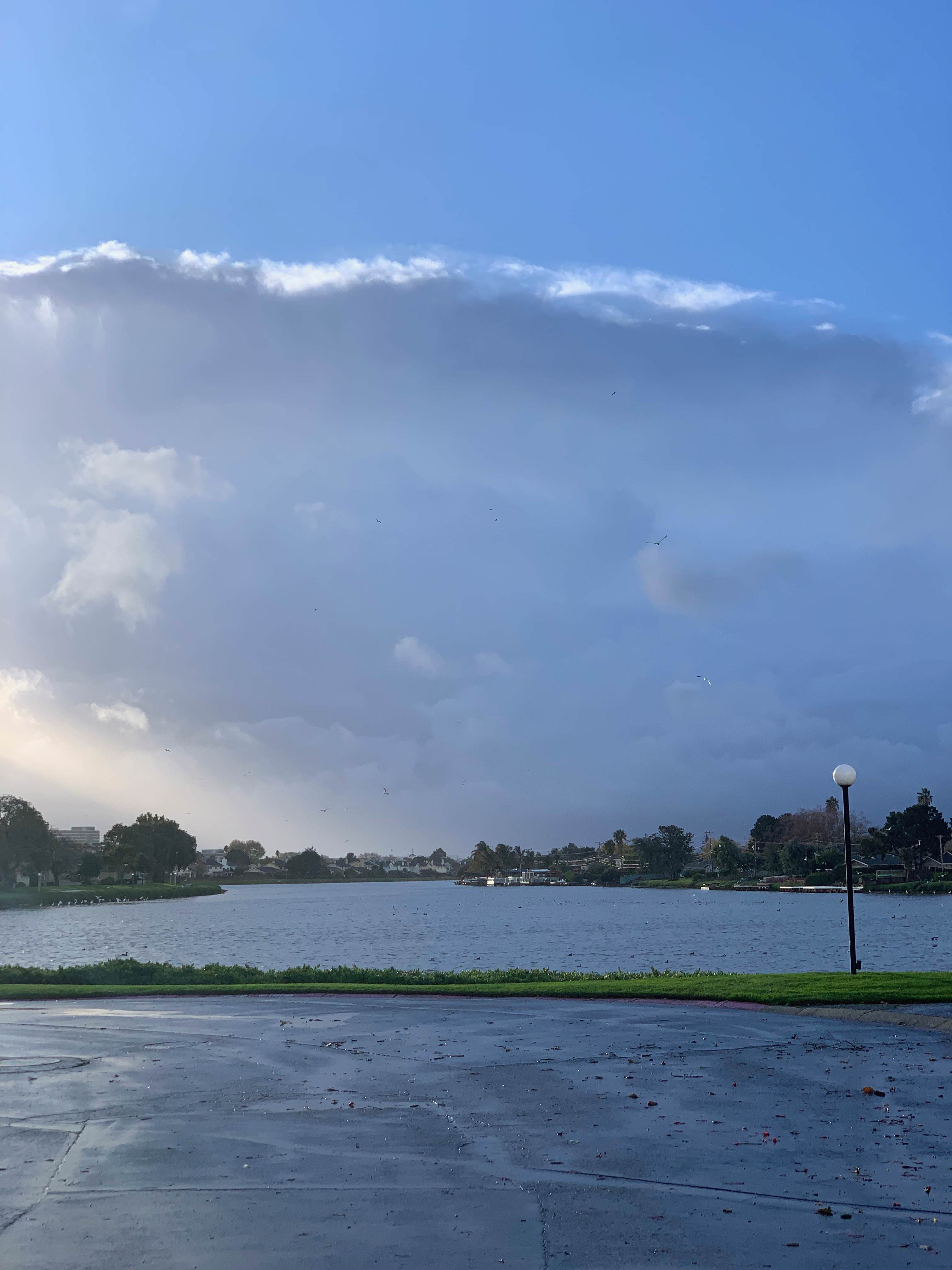 I couldn’t have taken this photo if I drove to work today. I usually walk a bit to take shuttle.

We all know that greenhouse gas emission can be reduced by changing our commuting behavior. What difference does he make by commuting this way? Some quick math: his one way trip is roughly 20 miles, from EPA’s report on average gasoline vehicle has a fule economy of 22 miles per gallon, also from same report every gallon of gasoline burned creates about 8,887 grams of CO2, so he roughly saved 16 kilograms of CO2 per work day(round trip), meaning 16*260, more than 4 metric tons per year. Comparing to the fact that Americans use 391 million gallons of gasolines per day, the effort looks trivial, but if people can start think of it and start to try it, we may gradually make some difference. We don’t really want to see climate catastrope after 12 years, do we?

So how does his commuting look like? The large suburban area of Bay Area is not friendly, if not saying hostile, to people rely on public transportation. He works for a famous tech company. The commute is not easy: From home, he has to take local bus first, then walk, then take Transbay bus across the San Mateo Bridge, then walk again, then take company shuttle. If he drive (he can drive) he will at least save half of the time, not to mention that some times (actually quite often) bus got delayed or missing. Take this week for example, three times of that already. This month I tried to catch a local bus as well(I live in Foster City, yet another suburban city) after attending QConSF, I arrived 10 minutes earlier than scheduled time then gave up took Uber 20 minutes later than scheduled time(yes it wasted me 30 minutes to wait a bus which never show up). He has several backup plans: BART+shuttle(means a much longer, horseshoe shape detour if you check it on map), work from home, Uber(can use carpool, there’s chance to get an electric car too), or drive.

US used to have well-established bus system but got abolished later. We will see more commuting pattern like Eddie’s if we really invest in and improve the public transportation system here(make public transportation great again). Ideas start to emerge and actions start to be taken here and there. I am an optimistic guy, in a long run the “391 million gallons per day” should be brought down.

Eddie will still take buses and I will take shuttle tomorrow for work as usual. Together we are making a change.

You May Also Enjoy